The Newton County Quorum Court met almost a week earlier than normal to take care of some important business Tuesday night, June 1. The items on the agenda were a resolution and an ordinance required to answer a US Department of Justice (DOJ) warning that deficiencies under the Americans with Disabilities Act existed at some voting locations in the county.
Brad Brown, the county's legal adviser, said the DOJ sent a list of deficiencies to the county election commission, but the election panel does not have budgeted funds to address the problems. Most of them concern adequate parking, level pads and specified ramps necessary to provide wheelchair-bound voters unimpeded access to the polls. Corrections have to be made by the next regular election in 2022. The county is also required to appoint an ADA coordinator to make sure polling locations are accessible under the law.
Last year, the county received new voting machines and other equipment from the state. The election commission consolidated the more than 20 polling locations into 11 voting centers. Voters could vote at any of the centers even if they're not located in their home precincts. Some of those locations were new and weren't selected until shortly before the election.
Brown said he spoke with DOJ officials and they are willing to work with the county and election commission to ensure changes are made by the next election.
County Clerk Donnie Davis told the justices of the peace that the election commission doesn't want to close any more polling sites. If locations can not be brought into compliance other locations would have to be found.
County Judge Warren Campbell said a bonded contractor should be hired by the county to ensure that the ramps and other facility updates are built to exact ADA specifications. He did not know what the cost would be for the work, but added that it has to be done. Money would have to be appropriated from the county general fund. It would be transferred into an election commission line item. Davis did not know if the state would assist in the work's funding.
The quorum court then passed the resolution agreeing to meet the DOJ directions and meet the ADA mandates.
It also voted to amend the county's 2021 budget ordinance regarding employees and compensation adding an ADA coordinator position that will pay $12 per hour. Brown said essentially this person would have a check list of all ADA requirements and go to each polling site and make sure all the items on that check list are met.

Win up to $32,500 in American Legion scholarships 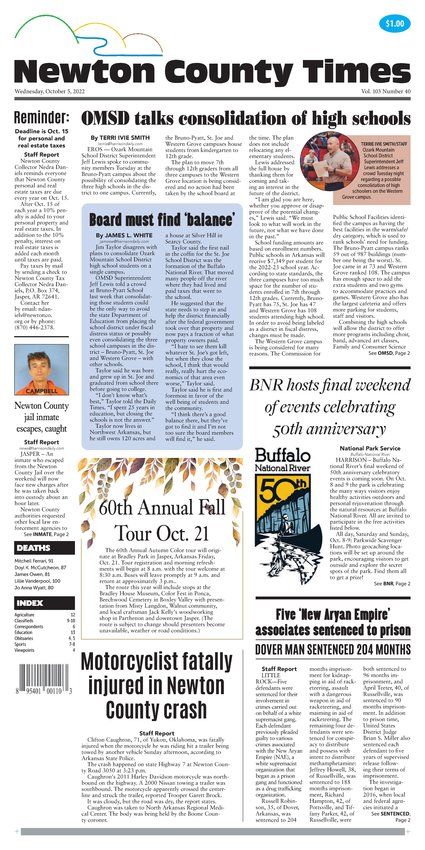 Are you going to see Garth Brooks? What you need to know

One dead in shooting at Gould residence, three other wounded

Trump and the very best mind like you wouldn’t believe